From roads to computers to metal conveyor belts—engineers create and design the products that make our world run. Now, it’s time to recognize them as part of National Engineers Week. At Belt Technologies, we’re celebrating the engineers involved in our work with three fun facts about engineering.

What is National Engineers Week?

A little history before we get to the facts: engineering week (EWeek) was founded by the National Society of Professional Engineers 70 years ago. Its goal has been dedicated to ensuring a diverse and well-educated future engineering workforce by stressing the importance of STEM (science, technology, engineering and math) literacy. This is something we absolutely support and practice through the educational opportunities we offer our employees, and the interns and students we’ve mentored.

Most recently, we worked with a group of students at California State University to complete a final project in a senior design class. We were pleased to learn of how the team was able to integrate a PureSteel TM perforated endless belt into the design of a hand crank tamale maker and applaud their entrepreneurial spirit and (tasty) results.

This year, we hope you’ll join us in celebrating future engineers during National Engineers Week from Sunday, February 21 to Saturday, February 27. 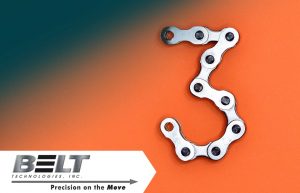 Do you know who the first engineer in the United States was? Believe it or not, it was our first President, George Washington! It’s no coincidence that National Engineers Week is celebrated in conjunction with his birthday—February 22.

Before he led the United States and even before he was a general in the Revolutionary War, Washington was a land surveyor in Virginia. In his work, he mapped out boundaries, established property lines and developed plans for straight roads through rough terrain.

Much like George Washington, we could be considered a pioneer by some with the introduction of our “revolutionary” products.

It’s not probably something you think about while at an amusement park, but the Ferris Wheel is actually considered one of the greatest engineering wonders in the world—and the story behind it is equally fascinating. In 1893, the city of Chicago won the right to hold the World’s Fair. At the previous exposition in 1889, the city of Paris unveiled the Eiffel Tower, so the expectations were high. Engineer George W. Ferris unveiled the original massive wheel which was supported by two 140-foot steel towers and connected by a 45-foot axle. It was the largest single piece of forged steel ever created at the time. The wheel was comprised of 36 separate gondolas which were capable of holding up to 60 people each, for a grand total capacity of 2,160 passengers!

The sheer size and capacity stretched the limits of what was considered possible. We are doing the same with our metal belts, pushing the limits of durability and tolerance. Of special note are our multi-layered belts. Offering even greater strength and durability than our single-layer variants, our multi-layered belts are manufactured by precisely cutting equal lengths of metal and welding each together for a smooth and strong finish. An engineering marvel like the Ferris wheel? We’d say so.

3) The Hoover Dam was Engineered with Unproven Techniques

One of the most famous civil engineering marvels in the world was created with techniques that were untested and unproven to work. A massive concrete structure like the dam had never been attempted before. The Hoover Dam contains so much concrete that it had to be poured block by block utilizing a complicated cooling system.

Completed in 1935, the dam still generates 4 billion kilowatt-hours of hydroelectric power each year. Much like the Hoover Dam, we are breaking new ground with the custom and off-the-shelf solutions we provide for use in robotics and industrial automation applications.

How Can Our Engineers Help You?

National Engineers Week is a great time to celebrate all of this history, but it’s also a time for us to honor the engineers who make our work at Belt Technologies possible. Our engineers will work with you to design and customize a metal belt that fits your facility’s needs. Contact us for more information on how engineers can increase your efficiency and save you money.

Also, remember to recognize the engineers in your life and make sure you wish them a happy National Engineers Week!

Any cookies that may not be particularly necessary for the website to function and is used specifically to collect user personal data via analytics, ads, other embedded contents are termed as non-necessary cookies. It is mandatory to procure user consent prior to running these cookies on your website.