At Belt Technologies, one of the things we enjoy most about our work is helping innovative engineers bring their visions to life. Stainless steel belts can be found in a wide variety of industries, and our team has had the opportunity to help with the development and production of game-changing equipment in more than a few of them.

3D printing is one burgeoning industry that Belt Technologies has had a hand in helping to shape. Stainless steel belts, pulleys, and drivetapes are excellent for additive manufacturing applications due to their smooth, impermeable surface and repeatable accuracy. Our team has worked on several impressive 3D printing projects in the past, including large-scale, industrial additive manufacturing applications. One of our most interesting recent projects in this industry was for the development of the White Knight 3D printer by NAK 3D Designs, which is owned and operated by Karl Brown.

Innovation Through Persistence and Partnership 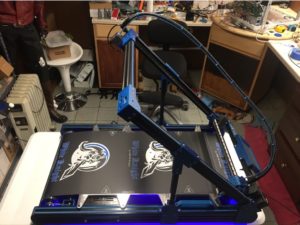 Like many great inventions, Karl Brown’s White Knight 3D printer has humble beginnings. After developing a personal interest in 3D printing, Mr. Brown has been on an individual quest to create an infinite printing surface for seamlessly printing large objects. Up until now, printing large items on commercial-sized printers required operators to print them in pieces that are then assembled separately.

He was able to create a functioning prototype in his workshop which garnered attention on social media after appearing on a Livestream. Bolstered by support from the community, he began seeking ways to make his vision into an accessible reality. After being told by several 3D printing belt specialists that fulfilling the specifications for his design was not possible, Karl found his way to Belt Technologies.

Our engineers were more than willing to help Karl realize his vision. As fellow 3D printing enthusiasts, our team was compelled by the idea of developing a commercial 3D printer with an infinite printing surface. They provided him with engineering and design feedback to determine the appropriate thickness for the size of the belt to ensure smooth, long-lasting operation. Although a seamless welded belt was initially out of his price range, the team was so certain it would succeed, they insisted he try one as proof of concept.

After testing the effectiveness himself, Karl was sold. Belt Technologies provided him with a 400mm x 1920mm full hardened seamless stainless steel belt. The endless belt, combined with linear rails and several additional top-of-the-line pieces enables the White Knight 3D printer to do what no one else can: print an 8ft long sword in one complete piece. 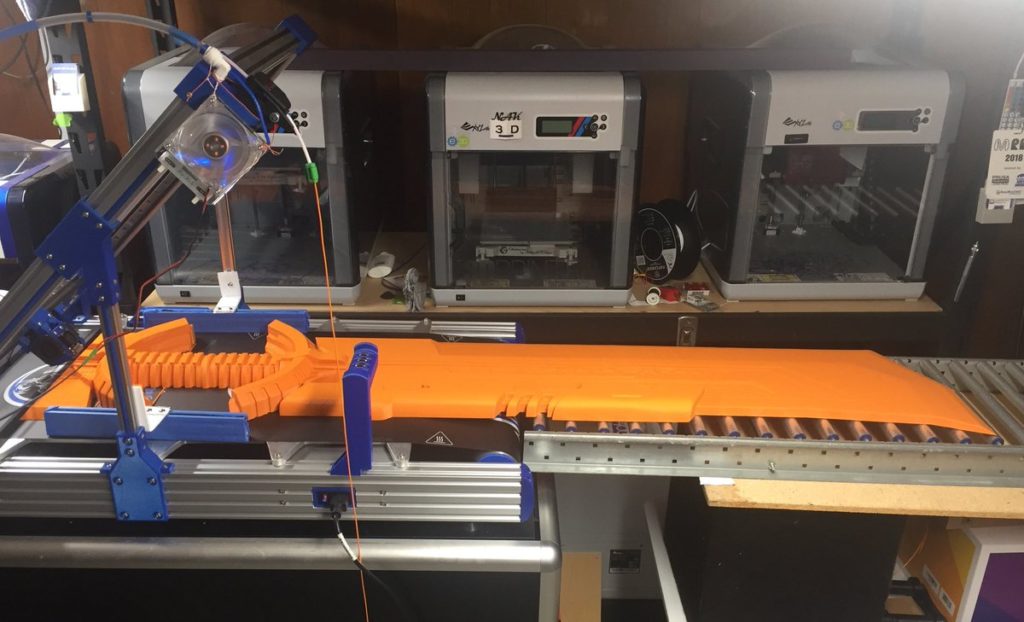 Click the image to watch the printing process in action!

A full hardened stainless steel belt will not stretch, warp, or break, and the smooth, impermeable surface provides easy release of the extruded product. Unlike other belt options Karl had tried, the seamless belt by Belt Technologies does not curl or warp the print. “I would definitely recommend working with Belt Technologies for their product quality, responsiveness, group pricing, and their familiarity with 3D printer design,” said Mr. Brown. “It’s been a very pleasurable experience to collaborate with experienced engineers who are engaged in the project on a personal and professional level.”

The team at Belt Technologies is thrilled to see the success of Karl’s design and look forward to seeing more iterations in 3D printing technology from him in the future. For more information about stainless steel belts, pulleys and drive tapes for 3D printer and additive manufacturing applications, contact the experts at Belt Technologies today.